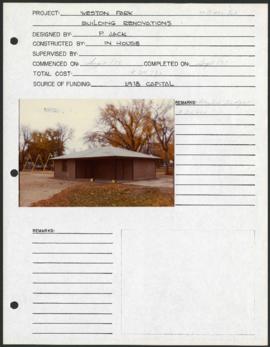 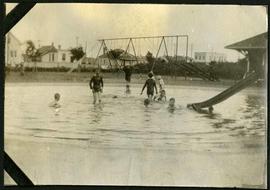 Photographs of Westview Park and the Saskatchewan Landfill, its landscape, buildings, and park employees. Many of the photographs are affixed to pages. 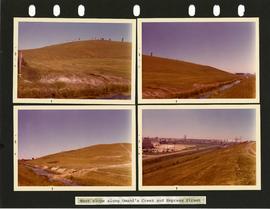 4 photographs of the west slope of Westview Park, along Omand’s Creek and Empress Street. Photographs are affixed to a black page. 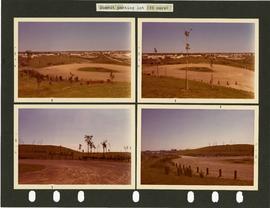 4 photographs of the parking lot at the summit of Westview Park. Photographs are affixed to a black page. 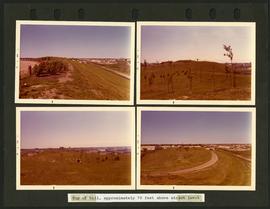 4 photographs of the top of the hill of Westview Park, approximately 70 feet above street level. Photographs are affixed to a black page. 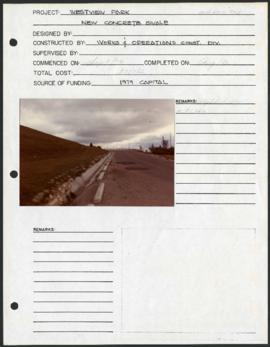 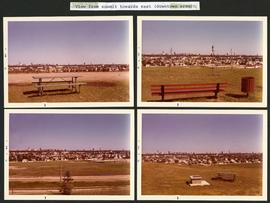 4 photographs taken from the summit of Westview Park, facing east. Photographs are affixed to a black page. 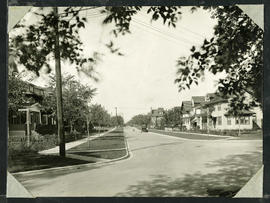 View of new boulevards on an unidentified street in the Wolseley area, facing north from Palmerston Avenue.

Photographs of boulevards around Winnipeg, some new, others damaged. 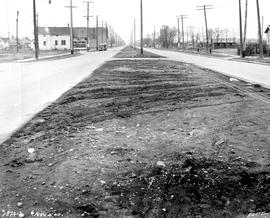 View of the boulevard on Notre Dame Avenue facing west, between Arlington and McPhillips Streets. Free Press Depot Number 2 can be seen on the right.

Four photographs affixed two to each side of a page of construction paper. The two photos on the first side depict children playing at the Scotia Rink, while those on the second depict children on a swing set and eating ice cream.

An album page with a photograph on each side. The photographs depict a Parks Board supervised skating rink outside the Northland Knitting Company at 618 Arlington Street on each side. 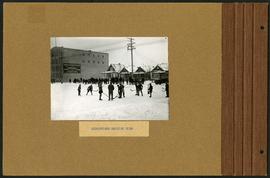 The second side of an album page with a photograph of a Parks Board supervised skating rink outside the Norhtland Knitting Company Building at 618 Arlington Street affixed. 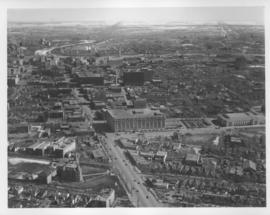 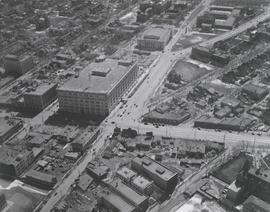 Date of photograph is approximate, ca. 1937. 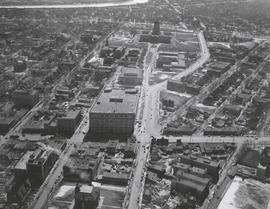 Date of photograph is approximate, ca. 1935. 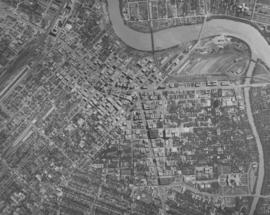 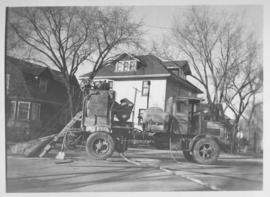