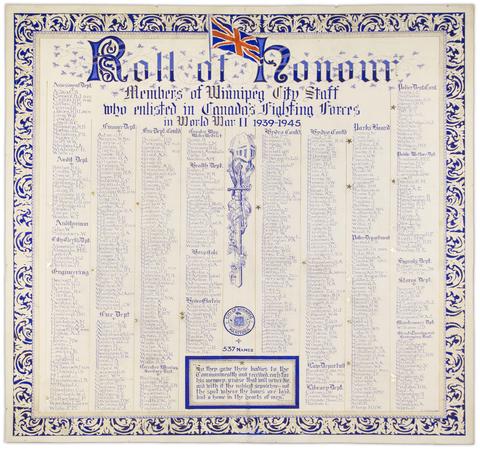 The creation of this honour roll began July 15, 1946, when the Committee on Legislation and Reception made a formal recommendation in Council that such an honour roll be made. The recommendation was forwarded to Mayor Coulter and John D. Duthie was commissioned to create the honour roll, which he completed in 1947. It was hung in City Hall until being transferred to the Archives for safekeeping.

There are no restrictions on use. The City of Winnipeg Archives asks that it be credited for use in any publications.