Item i02402 - Roll of Honour - City of Winnipeg Employees 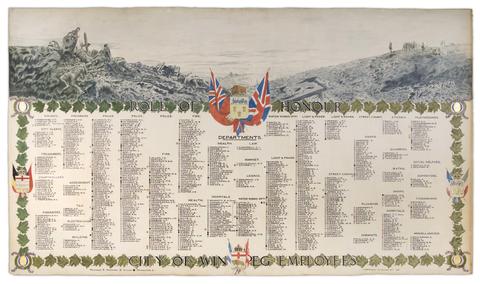 The roll of honour was created by James A. McCormick, a draftsman with the City of Winnipeg Engineering Department. It was hung in the corridors of City Hall until it was transferred to the Archives for safekeeping.

There are no restrictions on use. The City of Winnipeg Archives asks to be credited in any publication of this material.