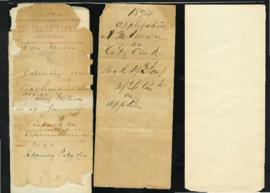 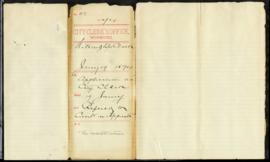 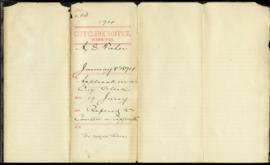 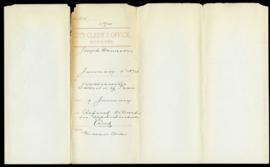 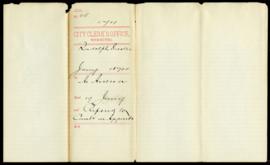 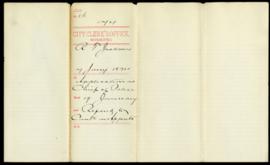 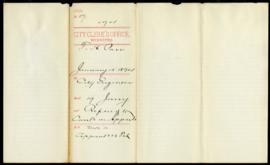 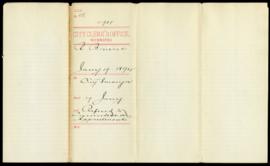 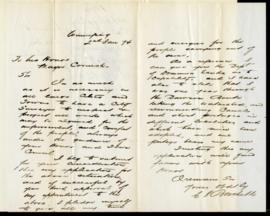 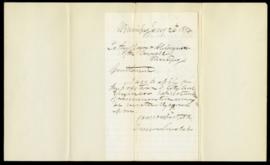 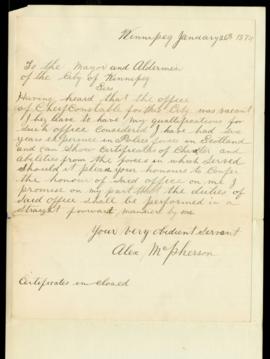 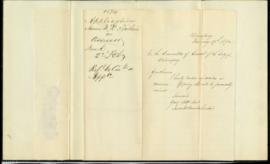 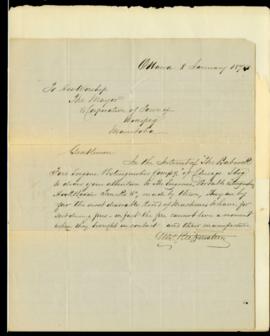 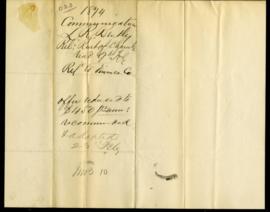 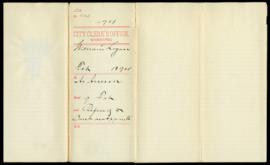 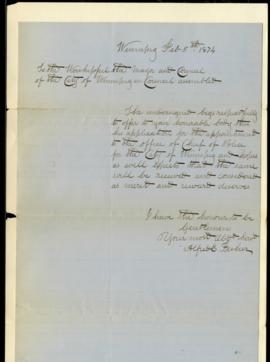 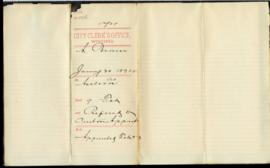 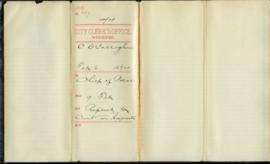 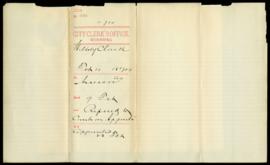 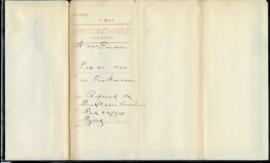 Forms part of Fonds 1. Series consists of all surviving correspondence directed toward the City Council of Winnipeg via the City Clerk, with the exception of those items of correspondence that were filed with other series at the time of creation and/or use. Correspondence dates from the first year of the City of Winnipeg's incorporation in 1874 until 1971.

Civic employees, citizens of Winnipeg, and any other persons interested in communicating with the municipal government of Winnipeg wrote to City Council on a wide variety of topics, including civic administration (e.g. by-laws, elections, etc.), local improvements and developments (e.g. sanitation, the water supply, schools, parks, streets, traffic, bridges, etc.), invitations to conventions and other events, legal disputes, and assessments and taxation, among other issues.

Originally all correspondence was enclosed in a City Clerk's cover page to form a packet, which was then assigned a number. The packet was then folded twice and placed in pack boxes in chronological order. The numbering scheme was started anew several times over the years.

Condition of the documents varies from good to fragile. Approximately half of the materials in this series have been flattened, placed in file folders (fragile documents are first placed in mylar page protectors), then housed in hollinger boxes. Other materials are trifolds stored in packfile boxes.

Approximately half of the materials have since been flattened and re-filed in groups of up to ten packets per file folder, and have then been placed in archival storage boxes. Chronological order has been maintained, with the exception that oversized materials have been removed to oversized storage containers.

Records dating January 1874 - May 1881 are also available on Microfilm.