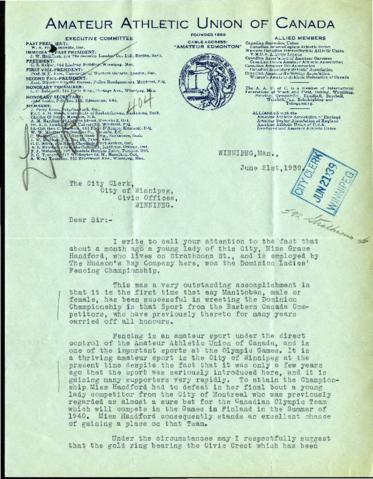 Letter from Amateur Athletic Union of Canada to City Clerk

A letter from the President of the Amateur Athletic Union of Canada to the City Clerk (City of Winnipeg). Letter is dated June 21, 1939 and discusses the accomplishments of fencer Grace Handford.