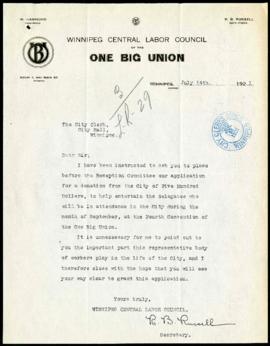 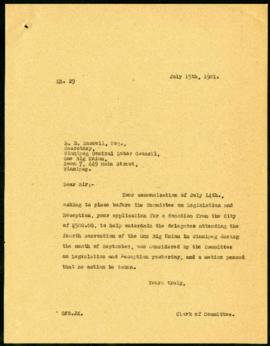 Correspondence related to a request from the Winnipeg Central Labor Council of the One Big Union for a $500 donation from the City.