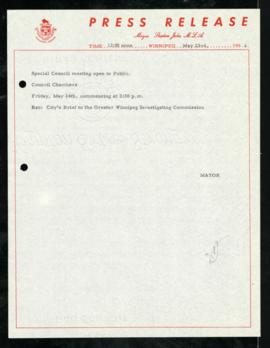 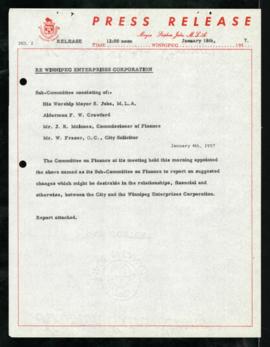 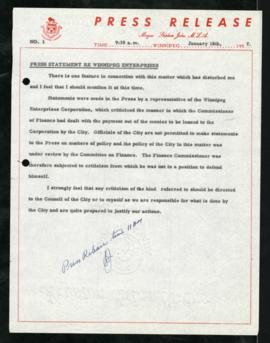 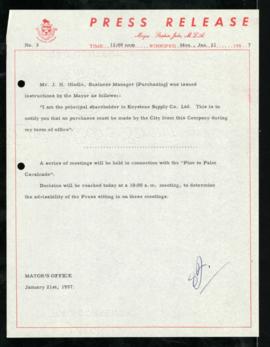 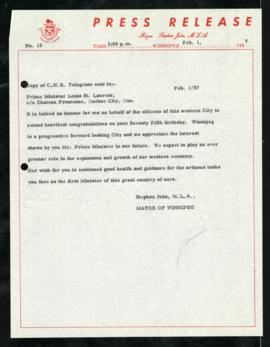 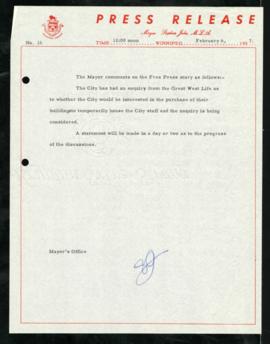 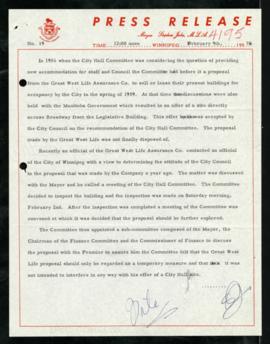 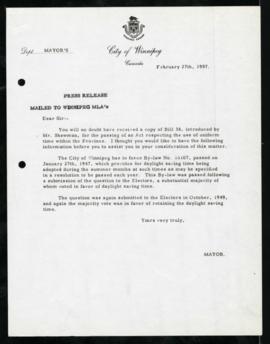 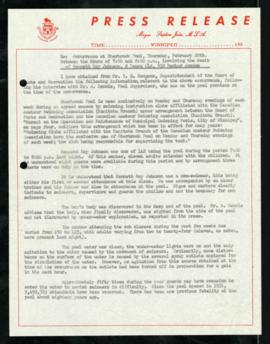 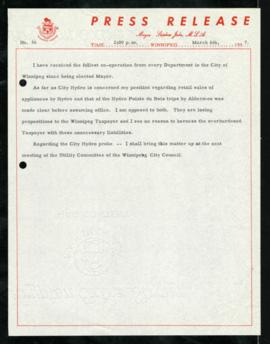 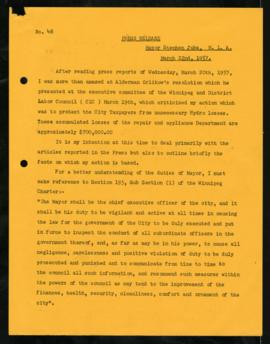 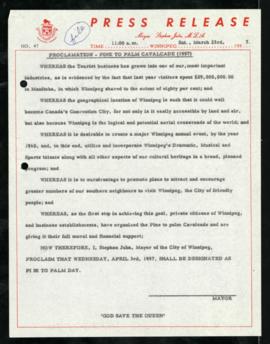 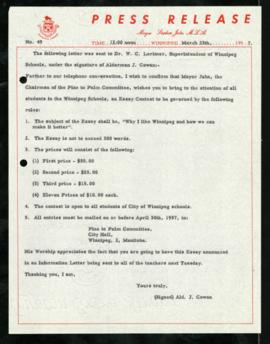 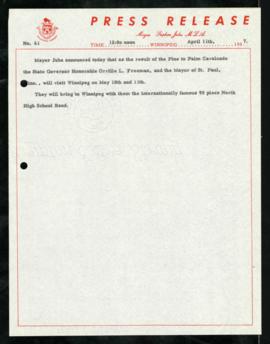 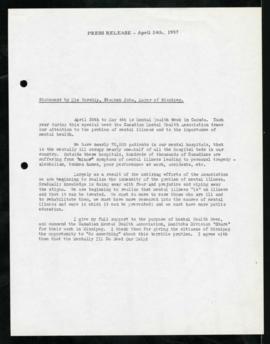 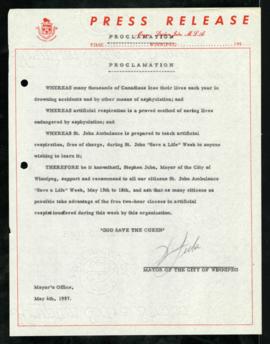 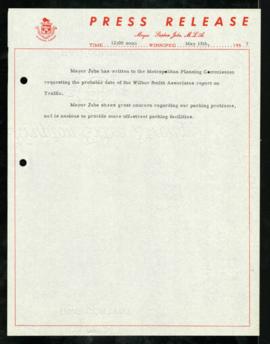 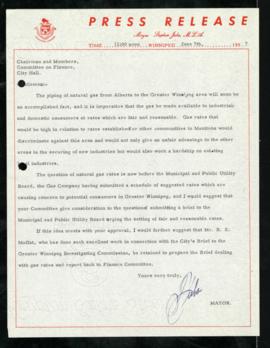 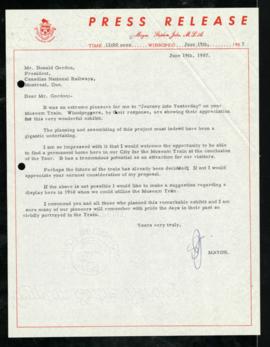 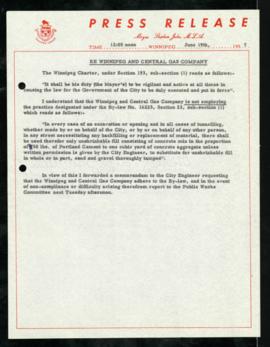 Transferred from the Mayor's Office to the City of Winnipeg Archives.

Subseries consists of press releases issued by the office of Mayor Stephen Juba and related documentation, including correspondence and proclamations (1956-1970). Not all of the press releases are final or official copies. A number of them are unsigned. Some draft copies and miscellaneous records on file.

The Mayor’s Office issued press releases as a means of distributing information to the media and the public. Press releases record announcements and statements on a range of topics, such as special occasions, current events, and city projects.