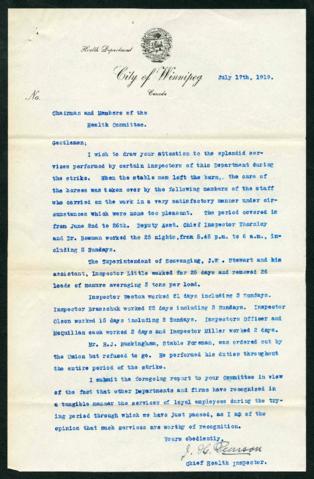 A letter from J.H. Pearson, Chief Health Inspector, to the Health Committee, praising certain employees who continued to work after the strike was called.