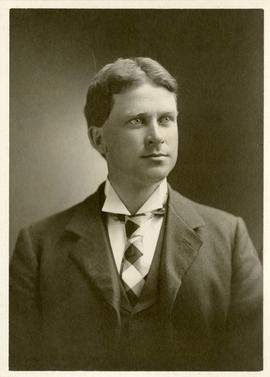 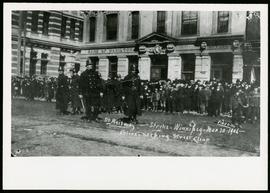 A photograph of the street Railway strike in Winnipeg, taken March 30th,1906. 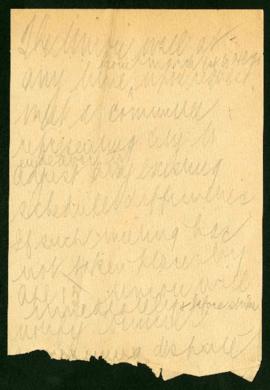 Notes regarding the civic strike

Notes written by an unknown author regarding the civic strike. 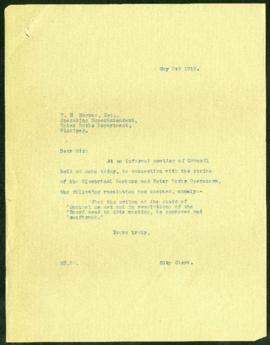 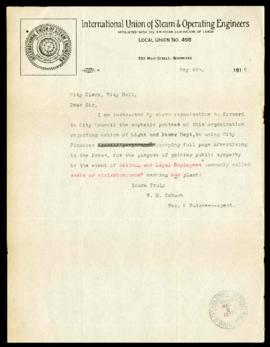 Letter from W.M. Coburn, Secretary and Business Agent of the International Union of Steam and Operating Engineers, Local Union No. 498, to the City Clerk's Office, expressing displeasure of City funds being used for anti-strike advertisements. 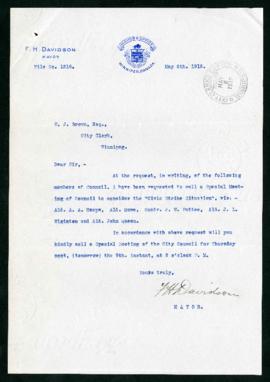 Mayor Davidson to City Clerk regarding special meeting of Council

Letter from Mayor Davidson to City Clerk requsting a special Council meeting be called to consider the civic strike. 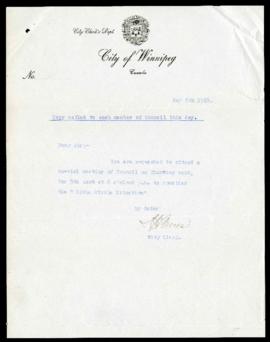 City Clerk to all members of Council regarding special Council meeting

Letter from C.J. Brown, City Clerk, to all Council members regarding a special meeting of Council to consider the civic strike. 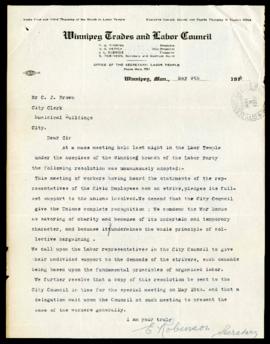 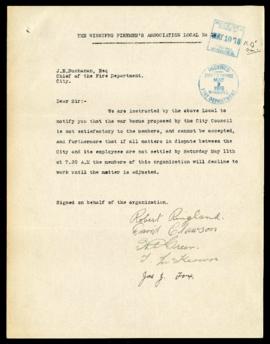