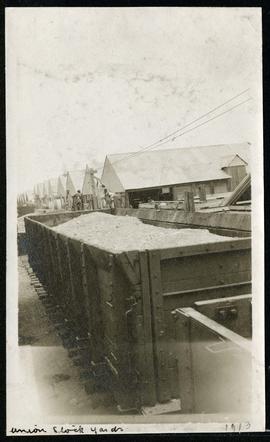 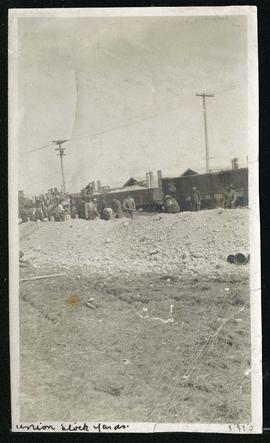 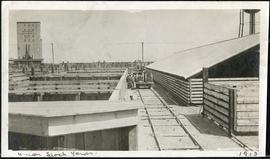 Men in front of CNR engine 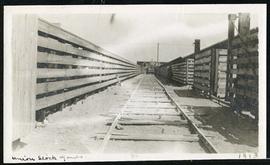 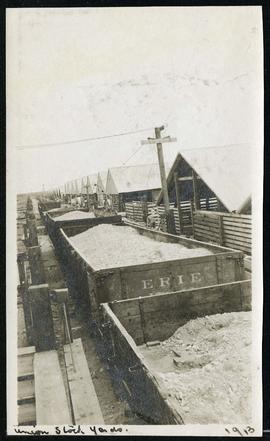 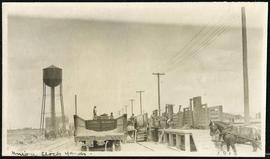 Work being done near water tower at Union Stock Yards 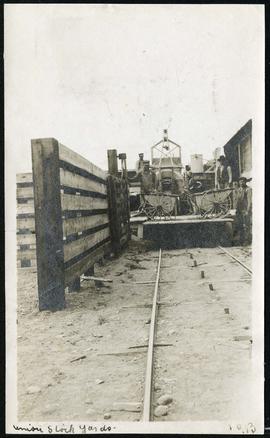 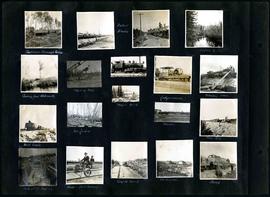 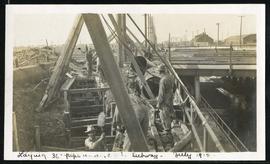 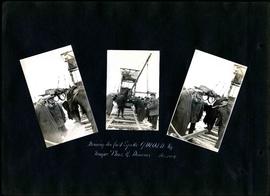 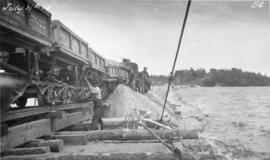 Photograph of workers using a scow to palce material from cars onto the Falcon River Diversion Dyke at Indian Bay. Photograph taken by William G. Chase, Chief Engineer of the Winnipeg Aqueduct. 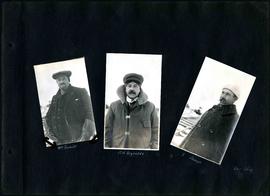 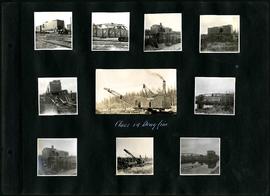 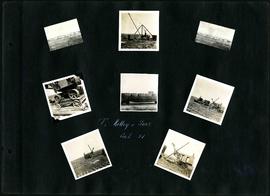