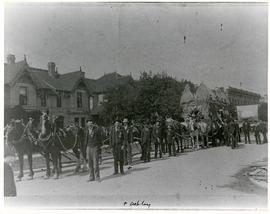 Photograph of a cavalcade of horses and men in suits leading a carriage made of hay[?] down an unknown, partially residential street. 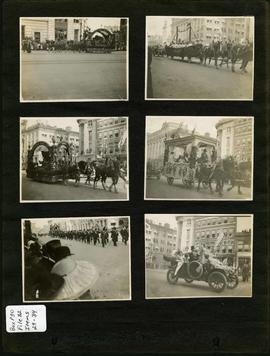 Item 29-31 consists of a scrapbook page showing a parade going down Portage Avenue at Garry Street. The Bank of Nova Scotia / A. A. Heaps Building and the post office can be seen in the background. 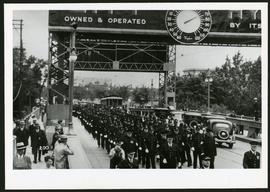 A photograph of a parade on Osborne Street Bridge, taken 1935. 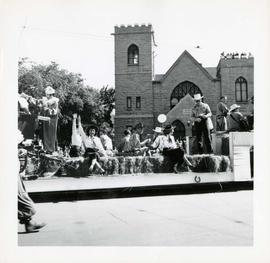 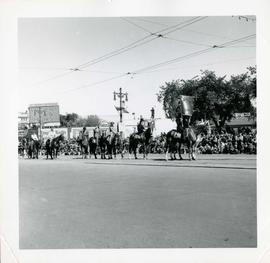 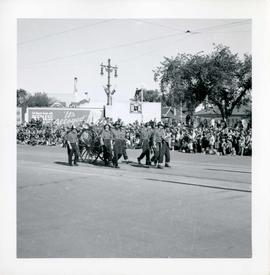 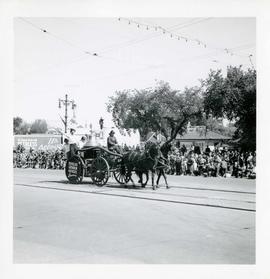 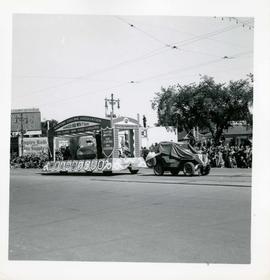 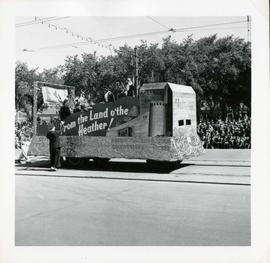 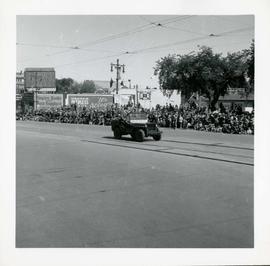 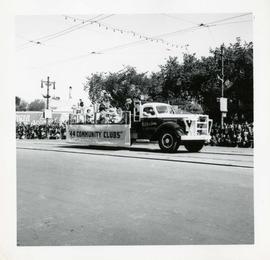 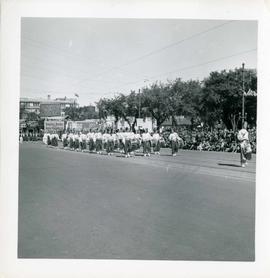 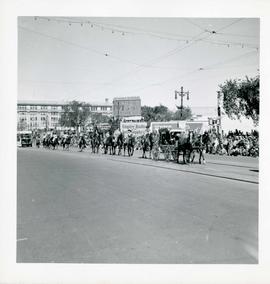 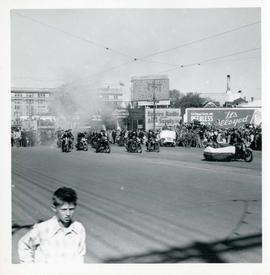 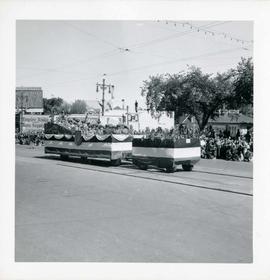 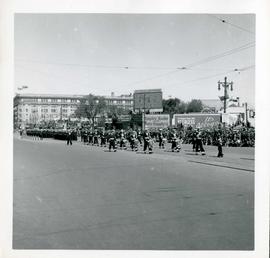 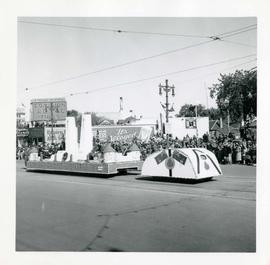 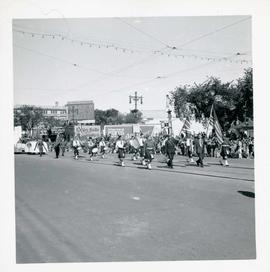