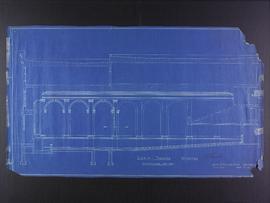 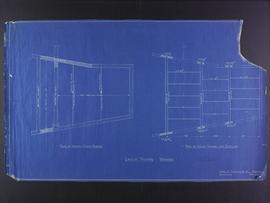 Blueprint framing plans of the Lyceum Theatre at 292 Portage Avenue. Designed by J.D. Atchison. Drawing 3 of 3. 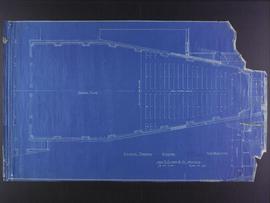 Blueprint floor plans of the Lyceum Theatre at 292 Portage Avenue. Designed by J.D. Atchison. Drawing 1 of 3.

3 pages of blueprints of the Lyceum Theatre at 292 Portage Avenue. Designed by J.D. Atchison. 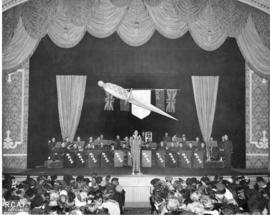 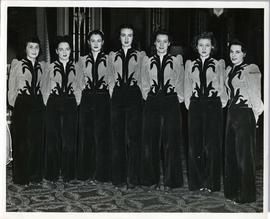 Group photo of the staff at the Metropolitan Theatre on Donald Street. 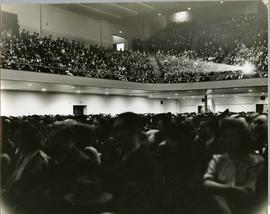 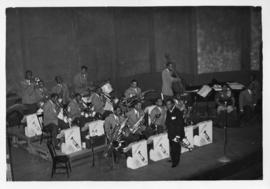 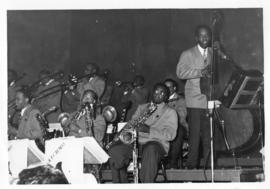 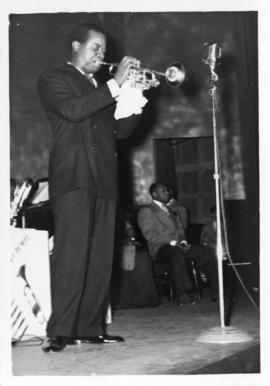 Louis Armstrong and his band

Photograph shows Louis Armstrong, "Trumpet King of Swing", playing with his band at the Winnipeg Auditorium in June 1942. 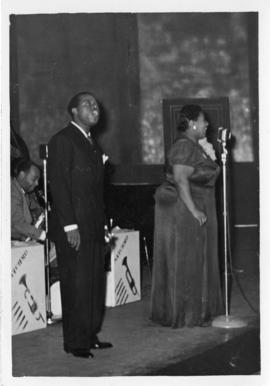 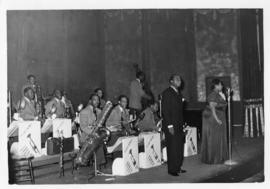 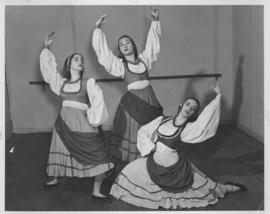 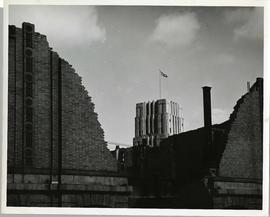 Demolition of the Orpheum Theatre

The Orpheum Theatre at 283 Fort Street undergoing demolition in 1946. The front tower of the Federal Building at 269 Main Street can be seen through the ruins. 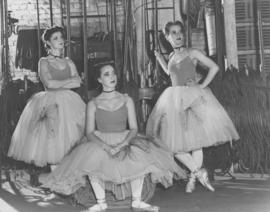 Helen Robertson, Sheila Killough and Viola Busday, members of the Winnipeg Ballet, backstage during pause in performance at Playhouse Theatre 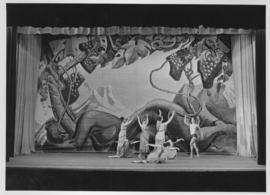 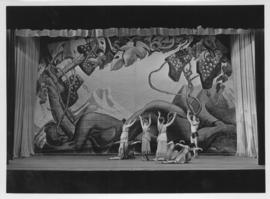