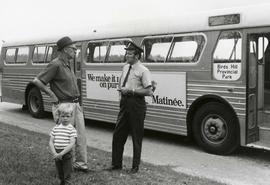 Series consists of briefs, plans, organizational charts, reports, statements and correspondence related to the proposal for the reorganization of local government in the Metropolitan area (also referred to as the Greater Winnipeg area), as well as to the Province of Manitoba’s White paper on urban reorganization and the City of Winnipeg Act which led the way to the creation of Unicity in 1972. Files related to Metro Chairman Jack Willis’ mayoral run for the unified City of Winnipeg are also included in the series. 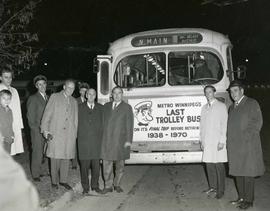 Beautification of Portage Avenue divider, before and after

Two photographs affixed to a piece of paper showcasing the beautification of Portage Avenue's divider. The Photographs were taken from around Carlton Street and look south down Portage avenue, towards Main Street. The photograph on the left shows a bare divider with short, patchy grass, while the photograph on the right shows the same divider with regular concrete slabs on its surface and potted shrubery. Cut lines are typed at the top, emphasizing the change. The photographer is unknown. 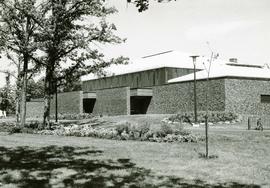 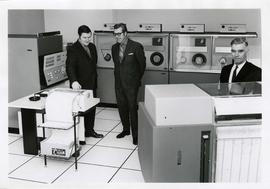 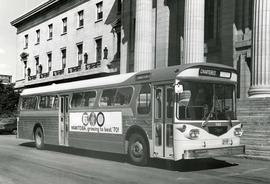 Photograph of the first Western Flyer bus used in Winnipeg, parked in front of the Manitoba Legislature Building. The bus is chartered and bears an advertisement on its side for Manitoba's centennial. Publishing information is on the reverse. Unknown photographer. 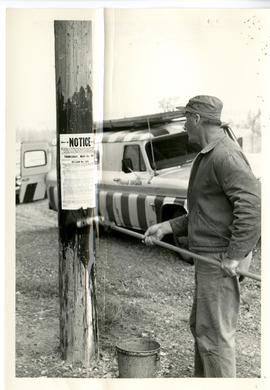 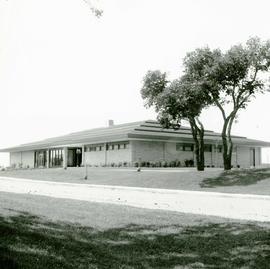 Photograph of the main golf house at John Blumberg Golf Course. A description of the photo used for publication is recorded on a separate piece of paper. Photo's reverse is stamped by the Parks and Protection Division of the Metro Government. 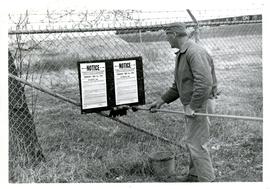