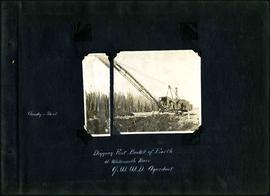 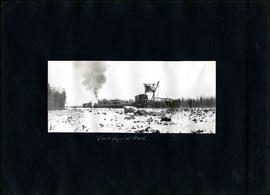 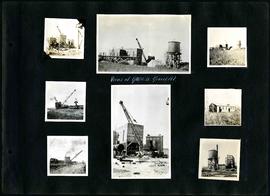 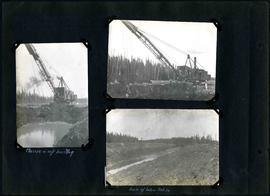 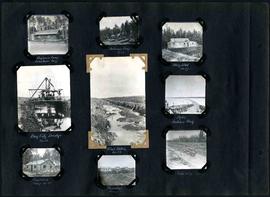 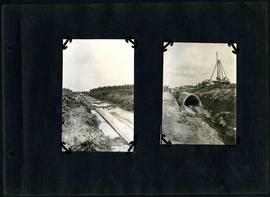 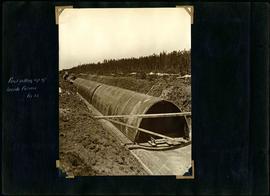 Captions read: First setting up of inside forms, mile 51. 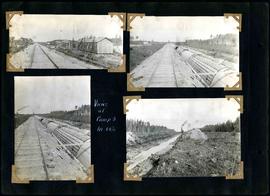 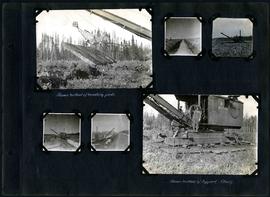 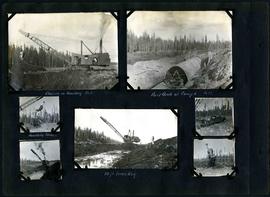 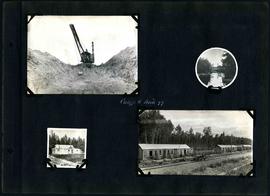 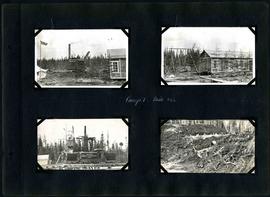 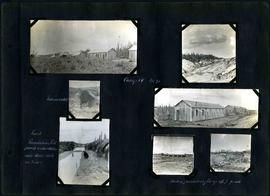 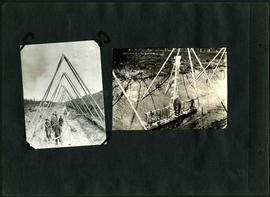 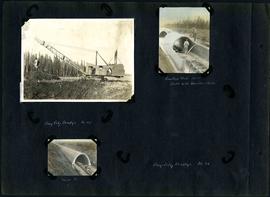 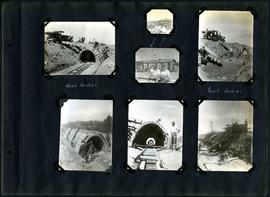 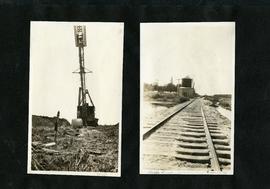 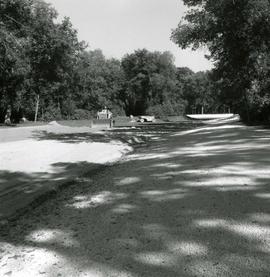 Photograph of sunken lawn in St. Vital Park being prepared to become a filled lake. The lake was excavated in 1931, but was not filled until 1966. A description of the photo used for publication is recorded on a separate piece of paper. Photo's reverse is stamped by the Parks and Protection Division of the Metro Government. 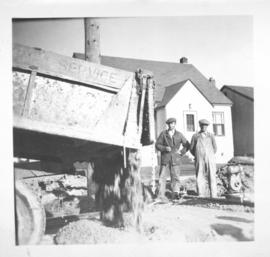