Special Committee to Investigate Charges regarding Purchase of Motor Trucks

Forms part of Fonds 1. Series consists of communications and reports created and received in February of 1920 alleging and refuting bias on the part of the City when purchasing vehicles for City purposes.

A job application to the Survey Department from James Burnett Scott, submitted during the General Strike. The oath forbidding employees from engaging in strike action - the Slave Pact - is featured prominently.

Series consists of correspondence, all of which relates to personnel matters including recommendations about specific individuals, wages and classifications, employment policies such as the so-called “Slave Pact” implemented after the strike in 1919, seniority lists and related staffing policies and practices. 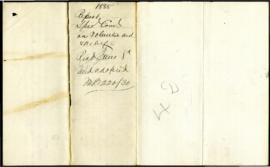 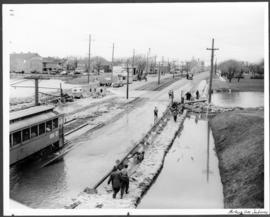 A photograph of a flooded underpass on Portage Avenue during the 1950 flood in Winnipeg.