Collection consists of five craft works, a folder of conceptual drawings, and a photographic record of the project. Photographs are organized into folders as follows: one folder for each participating recreation centre; installation; press conference; opening. Photographs were taken by William Eakin. 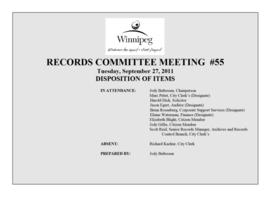 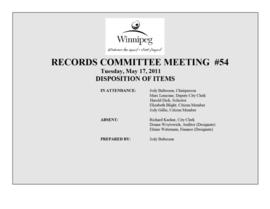 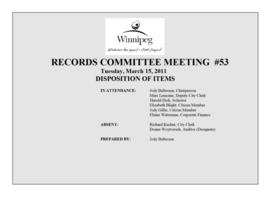 Disposition, notes, and report of the Records Committee for the year 2010. 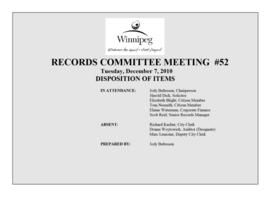 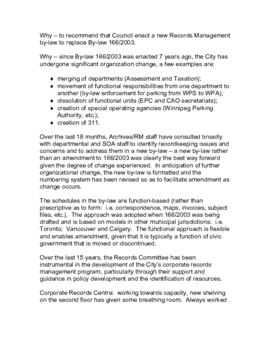 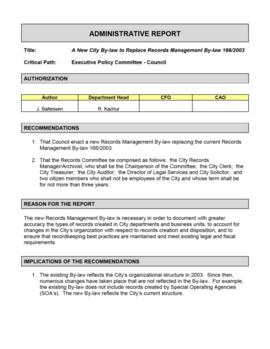 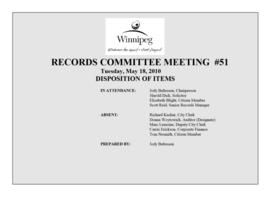 Agendas, dispositions, and discussion papers of the Records Committee for the year 2009. 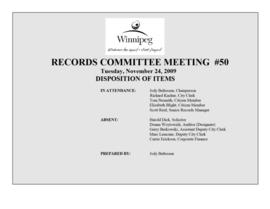 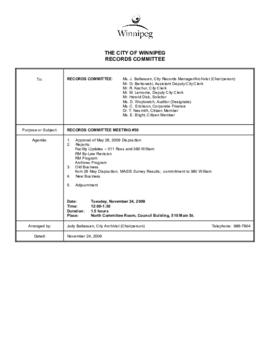 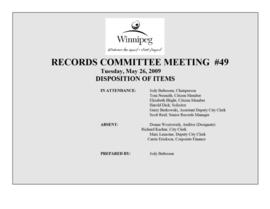