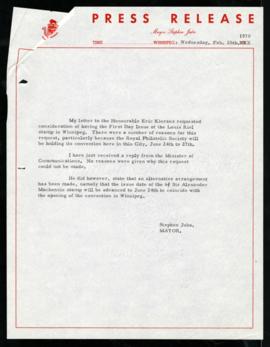 A press release from the office of Mayor Stephen Juba in regards to a request made for the release of a stamp in Winnipeg.