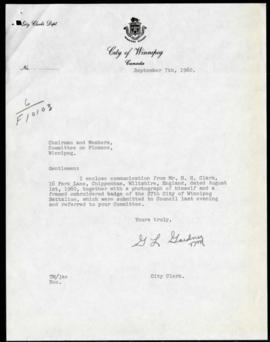 Letter from H. H. Clark to City regarding donation of embroidered badge of 27th Winnipeg Battalion

Letter from G. L. Gardner, City Clerk, to the Committee on Finance, enclosing a letter addressed to Mayor Stephen Juba from Herbert H. Clark of the 27th Winnipeg Battalion, regarding his wish to donate an embroidery he made of the battalion’s badge. Clark also included a photo of himself during his service in the First World War. 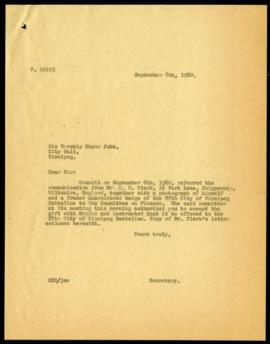 Letter from the Secretary of the Committee on Finance to Mayor Stephen Juba informing him of a donation Herbert H. Clark of the 27th Battalion made to the City of an embroidery of the battalion’s badge.

Donation by H. H. Clark of embroidered badge of the 27th City of Winnipeg Battalion

Correspondence related to the gifting of an embroidered badge of the 27th Winnipeg Battalion by Herbert H. Clark, bandsman and runner of the battalion during the First World War. 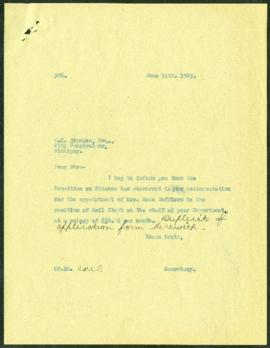 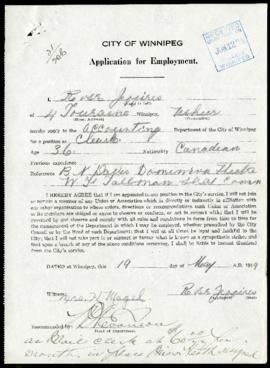 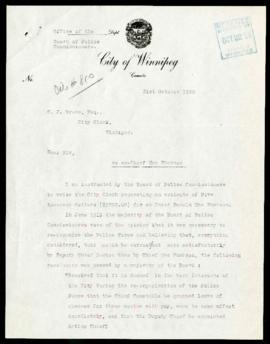 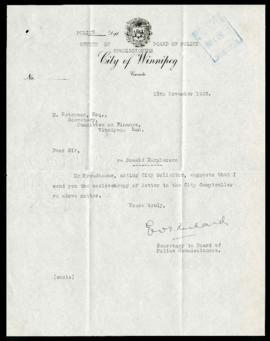 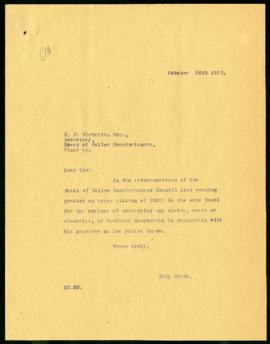 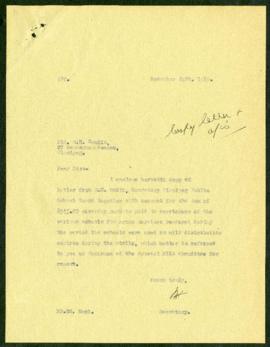