Forms part of Fonds 1. Series consists of correspondence files from the Mayor's office for the years 1912-1971. Subject matters range from city services, city committees and departments, and matters relating to governance of the city, to cultural activities and groups, sporting events, animals, and a number of other subjects. 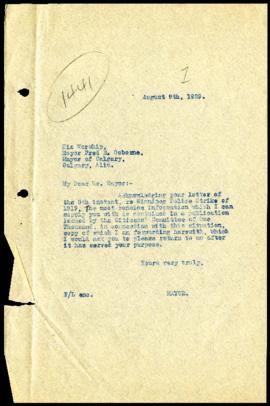 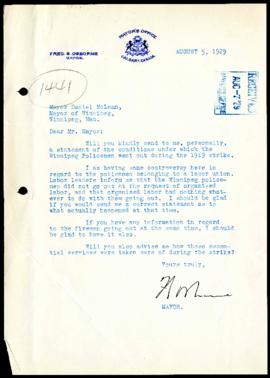 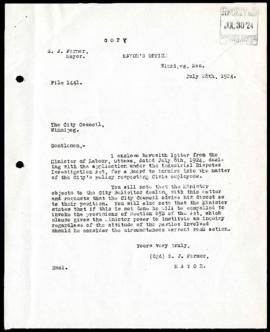 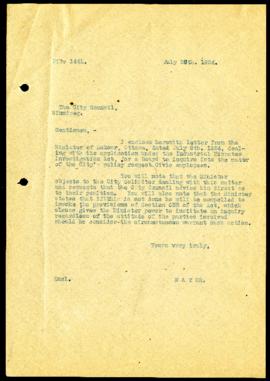 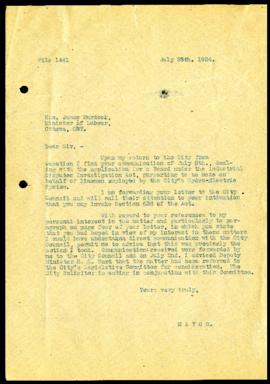 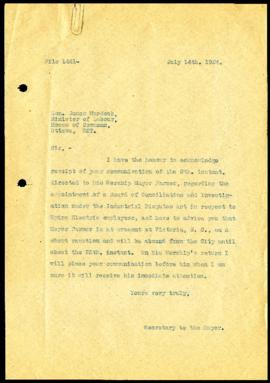 A letter from Mayor Farmer's Secretary to James Murdock, Federal Minister of Labour, informing him that Mayor Farmer is unable to respond to his letter until he has returned from vacation. 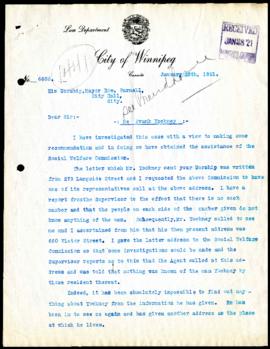 A letter from Jules Prudhomme, City Solicitor, to Mayor Parnell, regarding an investigation into the claims of Frank Yockney, who had asked for compensation for having been injured on June 21, 1919 (Bloody Saturday) by the Royal Northwest Mounted Police. 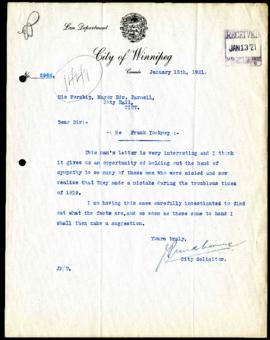 A letter from Jules Prudhomme, City Solicitor, to Mayor Parnell, regarding a a letter from Frank Yockney, who had asked for compensation for having been injured on June 21, 1919 (Bloody Saturday) by the Royal Northwest Mounted Police.