Pièce i04555 - Tension test on test slab for post office 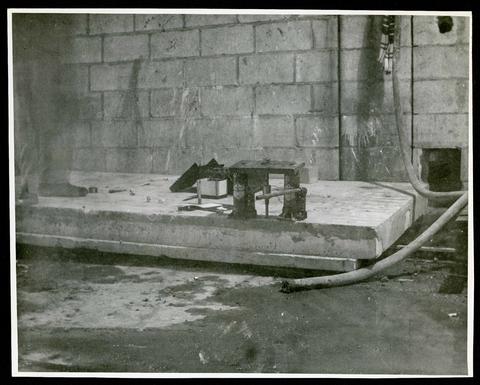 Photograph of a tension test being performed on a test slab for an unknown post office. The company performing the test is likely the Warnock Hersey Company engineering firm.