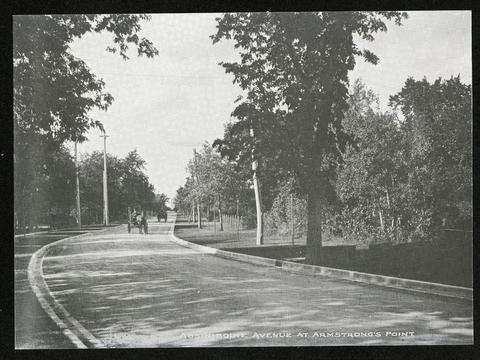 Photograph of a horse-drawn cart on Assiniboine Avenue near Armstrong Point, possibly what is now the Cornish Path.