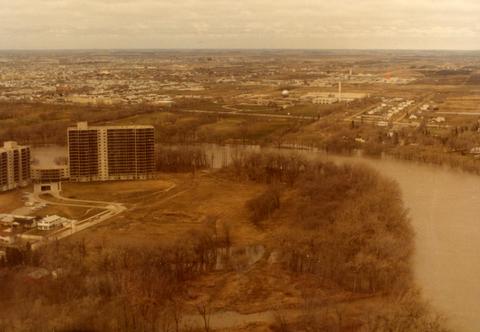 Aerial of 1974 Flood – Red River between North and West Kildonan

Originally part of the City of Winnipeg Archives' museum collection.

Aerial photograph of the Red River during the 1974 Flood. The photograph faces west from North Kildonan, where the Chief Peguis Trail now stands, across the river towards Kildonan Park and West Kildonan on the left, the North End Water Treatment Plant in the middle, and Old Kildonan on the right. The photographs were taken by the Department of Environmental Planning.