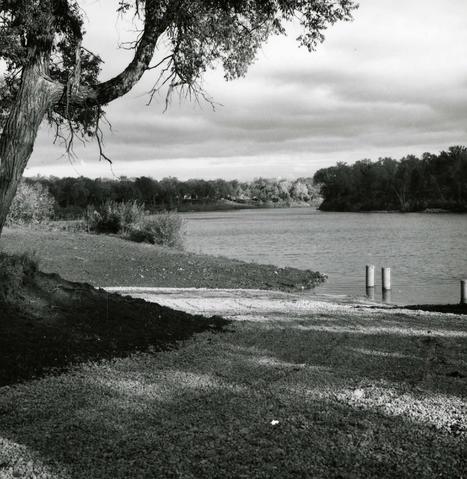 Photograph of the first public boat ramp in Winnipeg, built in 1967 and located in Crescent Drive Park. Photo's reverse is stamped by the Parks and Protection Division of the Metro Government.