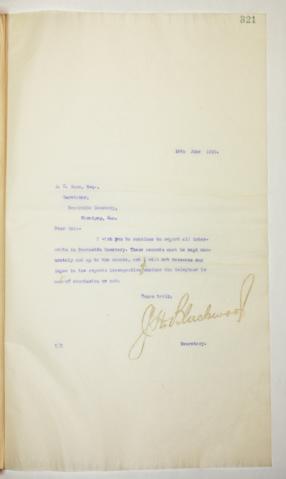 A letter from J.H. Blackwood, Secretary of the Public Parks Board, to J.H. Gunn, Caretaker of Brookside Cemetery, ordering him to continue his reporting duties despite the ongoing General Strike.