Item i02733 - J.H. Blackwood to Arthur Dickson regarding the General Strike’s effect on body interment 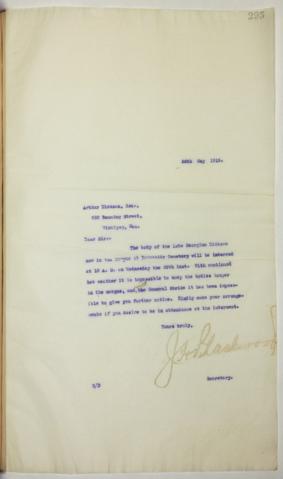 J.H. Blackwood to Arthur Dickson regarding the General Strike’s effect on body interment

A letter from J.H. Blackwood, Secretary of the Public Parks Board, to Arthur Dickson, informing him that the General Strike has made it difficult to give him advanced notice about interment at Brookside Cemetery.