Item i02730 - Morris A. Colman to Publicity Committee regarding Winnipeg's image after the General Strike 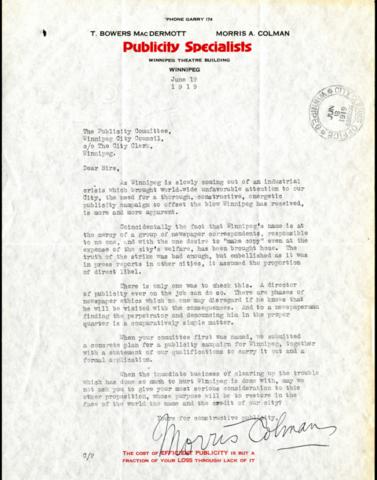