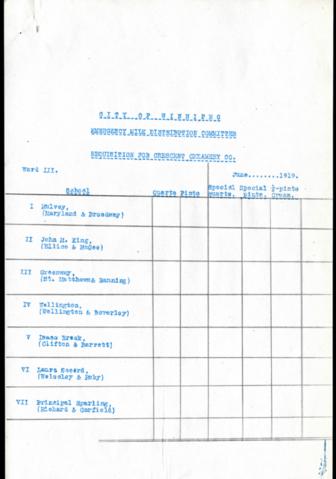 A blank form used to requisition milk from Crescent Creamery Co. for distribution centres in Ward 3.