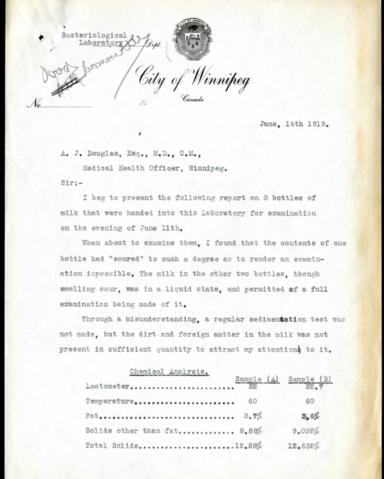 A chemical and bacterial analysis of spoiled milk received from the City's emergency distribution program, written by the City Bacteriologist and submitted to A.J. Douglas, Medical Health Officer.