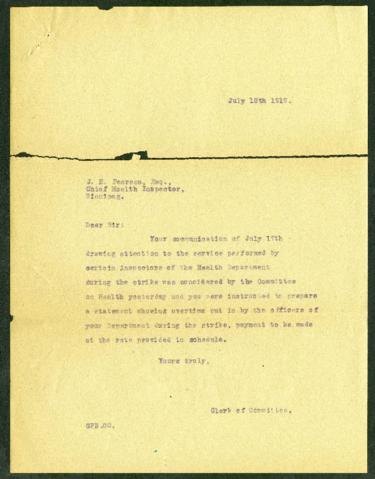 A letter from the Health Committee to J.H. Pearson, Chief Health Inspector, acknowledging his commendations for certain employees that worked during the strike, and instructing him to prepare a report on overtime worked.