Item i02438 - Press Release - Establishment of the Citizen Centennial Committee 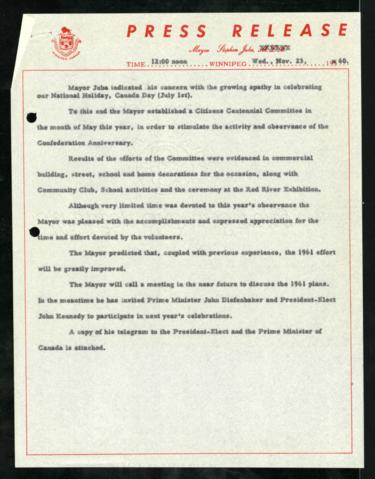