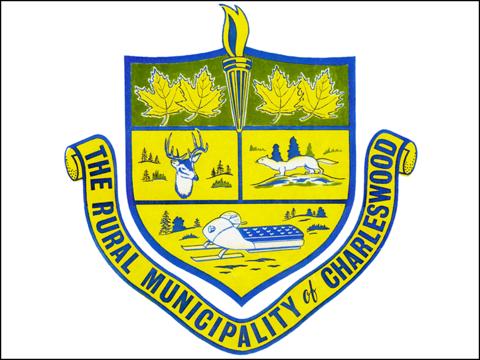 The Rural Municipality of Charleswood was incorporated in 1913 when the community on the south side of the Assiniboine River chose to separate from the Municipality of Assiniboia. The RM included those portions of the Parishes of Headingley and St. Charles that lay south of the river, but excluded any property belonging to the Town of Tuxedo or City of Winnipeg. According to the Charleswood Historical Society, Charleswood was either named after the councilman Charles Kelly or the Parish of St. Charles and the nearby woodlands. An Act to Amend "The Municipal Boundaries Act" officially created the RM. This piece of provincial legislation came into force on February 15, 1913. George Chapman became the first Reeve shortly thereafter.

Councils consisted of a Reeve or Mayor and four Councillors. The functional responsibilities of the RM of Charleswood were defined in versions of The Municipal Act and would later change in 1960 with the creation of the Metropolitan Corporation of Greater Winnipeg. At one time, the municipal office would have included the following positions: City Clerk, Treasurer, Superintendent of Public Works, Municipal Accountant, Chief Constable, Fire Chief, Shop Foreman, Draughtsman, and Welfare Officer. The law firm Lawrence & Sansome was routinely hired as solicitors and Templeton Engineering served as consultants for many years. In addition to Council, the municipal government included the Town Planning Committee, Public Works Committee, and Charleswood Voluntary Fire Brigade. It was part of the St. James-St. Vital-Fort Garry-Charleswood-Assiniboia-Tuxedo Health Unit.

Charleswood was a predominantly rural area supported by agricultural production, dairy and poultry farms, and mink ranches. Following the Second World War, there was a marked increase in population and an expansion of residential areas. One development that dates from this time was a settlement for ex-servicemen called Roblin Park, a project made possible by the Veteran’s Land Act. The growth of Charleswood into “the Suburb Beautiful” was accompanied by the increase and diversification of local services and businesses. The municipal government mirrored these changes and constructed the first Municipal Civic Centre in 1965.

The RM of Charleswood ceased to exist in 1972, when Chapter 105 of the Statutes of Manitoba came into force unifying twelve area municipalities and the Metropolitan Corporation of Greater Winnipeg into one city government. Following amalgamation, Charleswood Park was created as part of the new municipal structure.