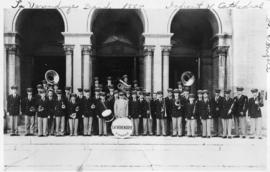 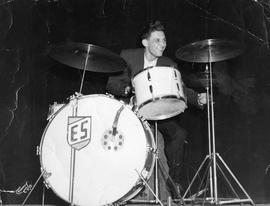 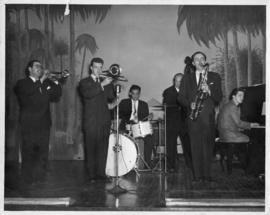 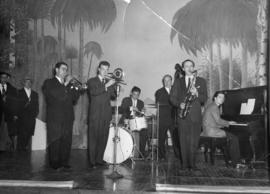 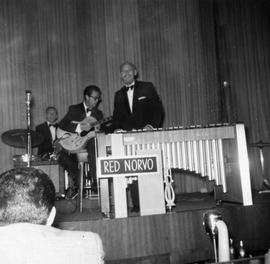 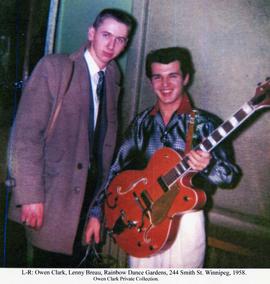 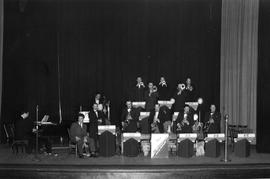 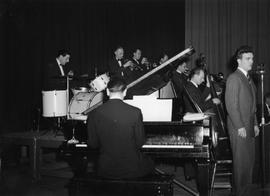 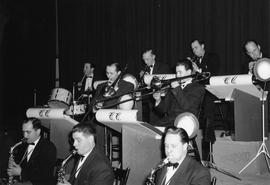 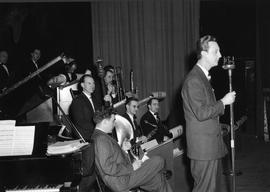 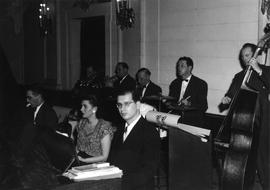 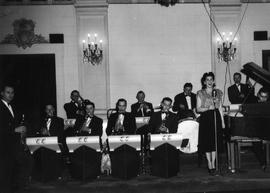 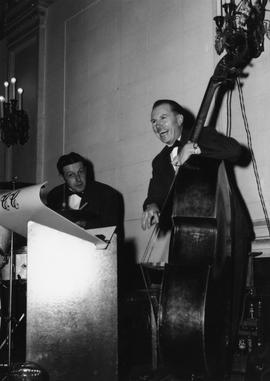 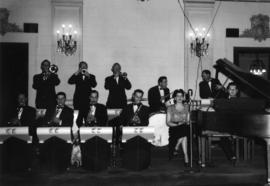 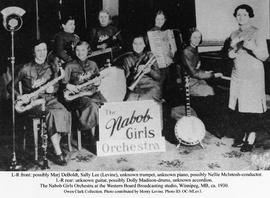 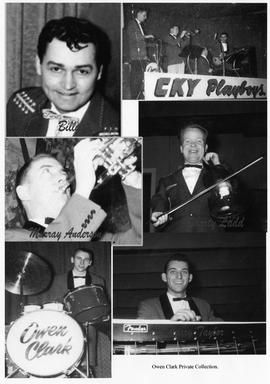 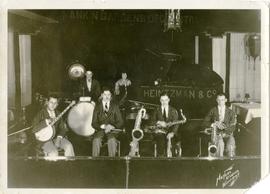 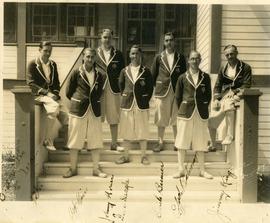 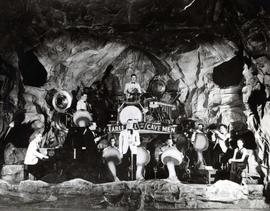 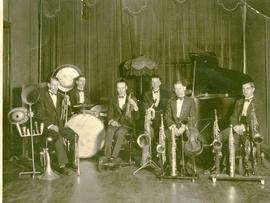 The collection consists of material relating to Winnipeg and its music history, particularly its jazz, blues, and big band music from the late 1890s to 2007. This material was used by Clark in Musical Ghosts: Manitoba’s Jazz and Dance Bands, 1914-1966. As well, the collection includes vintage photographs and related material on Winnipeg-based musicians, music and dance venues, and the bands, singers and performers who worked in these establishments. The collection also records the architecture of dance halls and clubs in Winnipeg and in Manitoba and Saskatchewan towns. In addition, social and cultural activities in Manitoba are represented in the descriptions recorded on many of the photographs. The collection contains digital, visual and audio media of interviews and musical sessions by musicians captured in many of the photographs.

The main body of the Owen Clark Collection contains records given to Owen Clark or records from his private collection. It also contains a bound scrapbook that was compiled by Manuel Finkelman, a dancer at the Orpheum Theatre from 1922-1923. It contains newspaper clippings (many from The Winnipeg Tribune) documenting the entertainment scene in Winnipeg, Manitoba, especially the Orpheum Theatre and vaudeville acts from 1921-1927. The scrapbook was discovered by Gene Shelley (Eugene Schibler) during demolition of the Theatre in 1948 and given to Owen Clark around 2004.

Textual records and ephemera in the Collection include local band business cards, newspaper clippings, music magazines, telegraphs, letters, menus from restaurants in Winnipeg, achievement certificates, and newsletters, among other items.

Researchers are responsible for observing Canadian copyright regulations. Sources explaining copyright rules can be found in the donor file alongside the terms of use information developed for this Collection